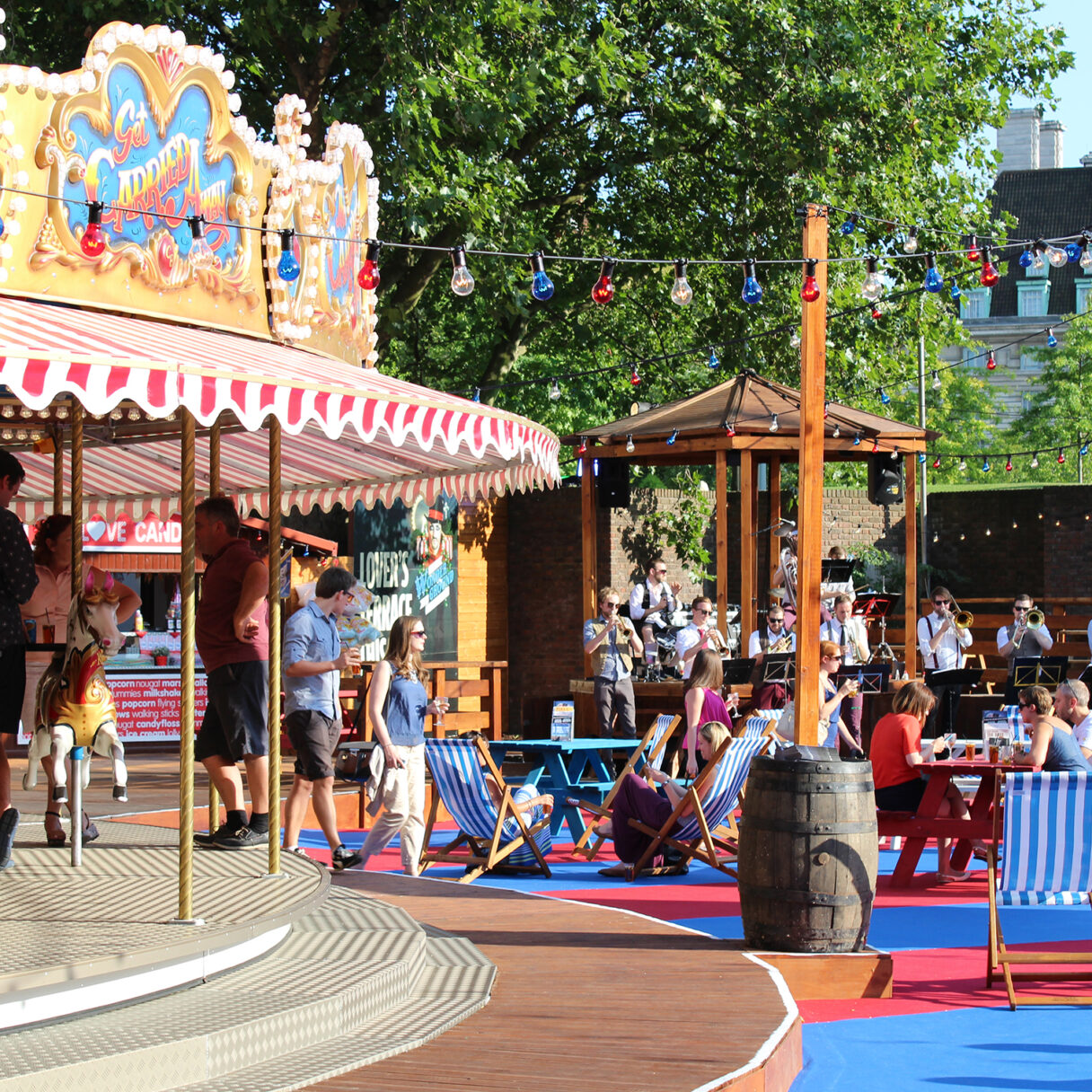 Headlining the legendary purple cow is the runaway international hit, THE CHOIR OF MAN. Premiering in London and known across the globe as “the ultimate-feel good show,” THE CHOIR OF MAN offers up an hour of indisputable joy! It’s a party. It’s a concert. It’s a pint-filled good time set in a working pub (free beer anyone?!?) that combines hair-raising harmonies, high-energy dance, and live percussion with foot-stomping choreography. The multi-talented cast of nine handsome blokes sing everything – pub tunes, folk, Broadway, classic rock – all to roof-raising heights. It’s the best singing, dancing, stomping, pub crawl of a concert you’ll ever attend having sold out venues such as the Sydney Opera House. An exhilarating, joyous and fun night out that will have audiences wishing they were up on stage too (and they just might be…) this is one not to be missed.

Leading the stellar line-up for The Big Top is none other than Dead Ringers Live, the iconic BBC Radio 4 series starring the dream team of Jon Culshaw, Debra Stephenson and Duncan Wisbey. Fans can expect a mixture of classic sketches, new material and of course the trademark sharp, political humour for which Dead Ringers has garnered critical acclaim over its nearly 20-year history. Continuing the ‘legends-only’ theme, the Big Top will also see the return of the incredibly popular mixed bill London Comedy AllStars, featuring some of the very top names in comedy but even bigger and better than ever.

An icon of London summertime, Udderbelly, the upside-down purple cow is back for 2021, grazing in a new pasture in Earl’s Court and boasting a phenomenal line-up of comedy and family entertainment.

The London Wonderground programme will champion the spirit and quality of the worldrenowned Edinburgh Festival Fringe, including a stellar comedy line-up, with Al Murray bringing one of the country’s best-loved alter-egos, The Pub Landlord to The Cow, Stephen K Amos – who aims to build some bridges with laughs in his acclaimed show Before And Laughter, and Rhod Gilbert makes his hotly anticipated return to the circuit with his highly acclaimed The Book Of John.

Other highlights include the cult smash hit Margaret Thatcher Queen of Soho; hilarious stand up from Lucy Porter with Be Prepared; magician extraordinaire Magical Bones whose latest show Live & Direct effortlessly combines intricate sleight of hand with mesmerising illusions and jaw dropping break-dance fresh from appearances on Penn & Teller Fool Us, the BAFTA Awards and ITV’s This Morning; and a live recording of smashhit satirical podcast The Bugle with Andy Zaltzman.

This year also sees the award-winning, delightfully brilliant and entirely improvised comedy Austentatious take to the stage, in the highly imitable style of Britain’s greatest author – Jane Austen. With a cast including comedy superstars Cariad Lloyd, Andrew Hunter- Murray and Daniel Nils Roberts, Austentatious is always riotously funny, incredibly silly and super smart – this is improv at its very finest.

On Pride Weekend it’s party time with both a spectacular showcase from drag institution Tuckshop Live: Kings Vs. Queens and an evening of showstopping comedy from Mawaan Rizwan and Friends.

Further top-level entertainment comes in the form of the award-winning, intoxicating The Thinking Drinkers: Pub Quiz, Josh Berry and his confident, conservative alter-ego in Josh Berry is Rafe Hubris (BA, OXON): Hubris, Nemesis, Catharsis, an entirely unrehearsed and unprepared parody of a classic with Film Reads: The Shawshank Redemption from fringe favourites Dreamgun, and the hilarious Eshaan Akbar: In the Flesh, as seen on Mock of the Week and The Stand Up Sketch Show.

The grown-ups don’t get to have all the fun though: the legendary Julia Donaldson will return to the Udderbelly stage to bring her wonderful stories to life in The Gruffalo, The Witch and The Warthog. With songs, puppetry, a sprinkling of magic, and her guitar-playing husband Malcolm, this is a special show not to be missed, with a book signing and a chance to meet the legendary author afterwards.

Another childhood favourite joining the line-up is Fireman Sam Live – Saves The Circus, which sees Sam, Penny, Elvis, Station Officer Steele and Norman take to the stage in an all singing, dancing, all-action adventure.

Other family show highlights include The Wonder Games with Maddie and Greg; (from Cbeebies’ Maddie’s Do You Know? and CBBC’s Blue Peter) the most mind-boggling, silliest science show around, where everyone can get involved in a battle of curiosity, creativity and pure madness live on stage. Joining them in the festival will be the Amazing Bubble Man, whose spellbinding bubble artistry is mixed with comedy, tricks and audience participation, keeping the crowd (both big and small) mesmerised.

Swords, boots and feathers in hats at the ready for a hilariously silly retelling of a classic tale starring the nation’s favourite time-travelling Victorian magicians in Morgan & West present – The Three Musketeers.

There’s even more family entertainment in the form of magician extraordinaire, Penn & Teller-trained Kevin Quantum, fresh from his appearance as a semi-finalist on Britain’s Got Talent 2020. See the Disney classic as you’ve never seen it before with Dreamgun Film Reads Kids: The Lion King and embrace fantastic family fun and musical magic with Jarred Christmas’ Mighty Kids Beatbox Comedy Show.

Celebrating this new festival location in the heart of West London, Underbelly is welcoming local residents the Earls Courtiers to join in the fun – A Matinee At The Musicals is an all singing, all dancing West End bonanza, celebrating the very best of musical theatre from Les Miserables to The Greatest Showman, featuring a cast of over 80 local adults and children and even some West End stars. From stage to screen; London Wonderground will also host a special event by Earls Court Film Festival – an evening of screenings of festival highlights from throughout the years.

The festival offers free entry to the site, affordable ticket prices for the rides and a live entertainment programme, with most shows running for an hour without an interval. The whole site, including the performance venues, will incorporate all necessary social distancing measures and London Wonderground will have a robust COVID-Secure operational plan for customers and staff. London Wonderground holds the Good to Go industry standard certificate.

Ahead of the opening of London Wonderground, Warwick Road will be host to a new temporary public space opposite Earl’s Court Underground Station, where the entrance to the former exhibition centre was. This space on Warwick Road will be open for people to enjoy, curated by the Kensington + Chelsea Festival alongside Underbelly, and designed by Baker & Borowski.

The opening of London Wonderground at Earls Court is subject to successfully securing planning and licensing permission for temporary events from the London Borough of Hammersmith and Fulham. Customers are encouraged to sign up at www.londonwonderground.co.uk for further announcements, exclusive offers and to be the first to get further information on the London Wonderground live programme of shows.

Tickets will go on sale at londonwonderground.co.uk from Thursday 10 June, 9am.

* Tickets purchased through londonwonderground.co.uk are subject to a £1.50 booking fee.

As part of an exclusive Today Tix pre-sale, tickets for selected shows will be available from just £15, running 7 – 9 June and are subject to availability. Access at www.todaytix.com or via the Today Tix App.

More shows will be announced in the coming weeks.

London Wonderground directors Ed Bartlam and Charlie Woods said: “After such a long time away from the stage it’s a privilege to be bringing such a varied and high-quality programme of live entertainment to London Wonderground. Alongside our bars, street food, family activities, rides and our outdoor beach, this array of fantastic performance will make London Wonderground the perfect summer day out and bring the complete festival experience to Earls Court and West London.

“Dead Ringers is a national institution, and it will be a thrill to see it on stage, while shows such as The Choir of Man, The Gruffalo The Witch and The Warthog and Austentatious underline our drive to bring both the spirit and the very best performers from the Edinburgh Festival Fringe to London Wonderground.

“We’d like to thank Earls Court Development Company for their continued support and sharing our vision to bring life back to the Earls Court 2 Exhibition Centre site and once again make it one of London’s most exciting destinations.”

The Earls Court Development Company Chief Executive Rob Heasman said: “The Earls Court site has been closed off for far too long and many local people have told us they want to see it opened up again. We are taking a fresh approach to the site including bringing derelict buildings back into use and supporting a varied programme of events and art installations this summer. Many Londoners will have fond memories of attending events in Earls Court so we’re delighted to be partnering with Underbelly to welcome people back with the amazing London Wonderground festival.” 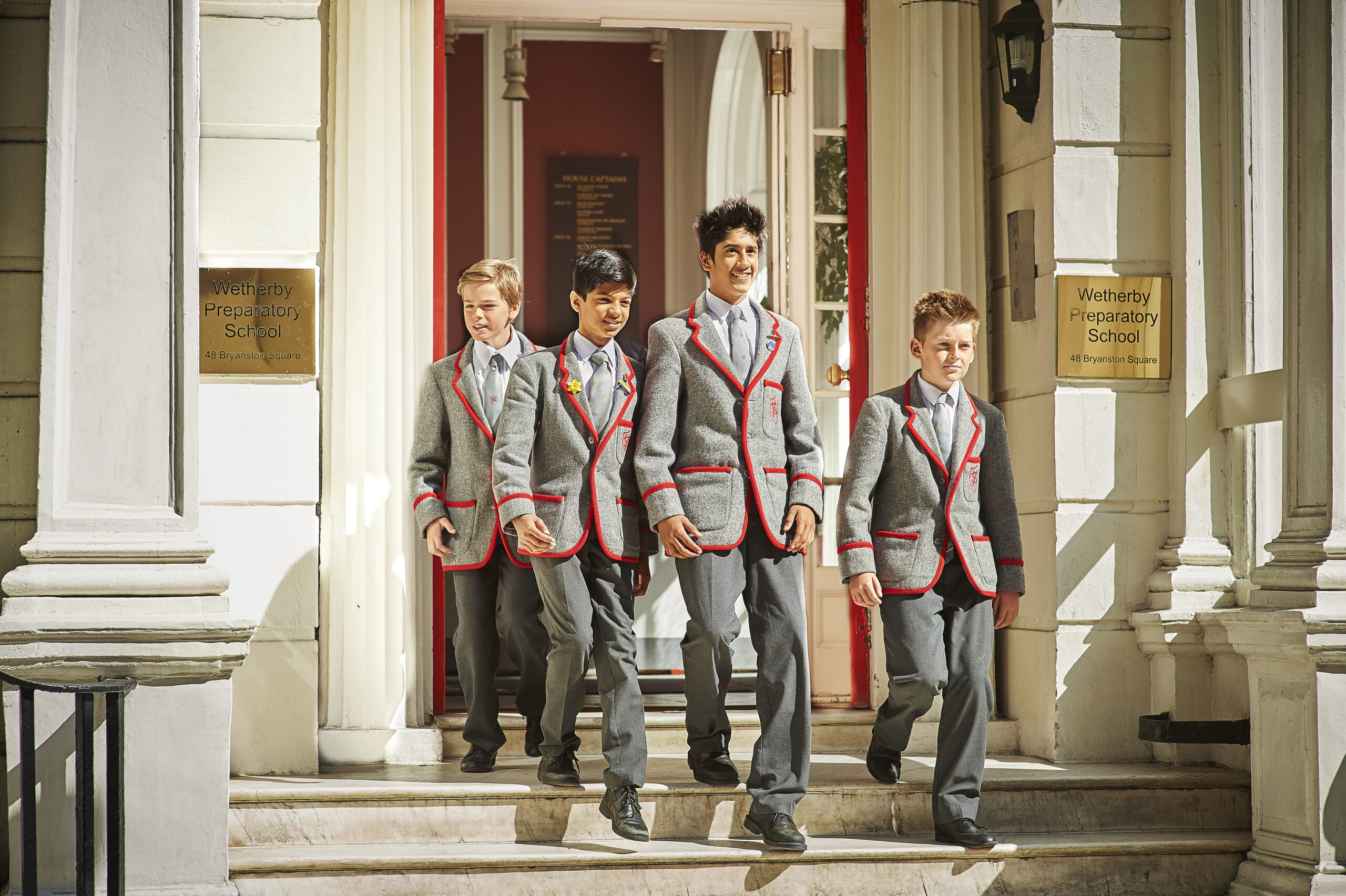 Education
Authorised and regulated by the Financial Conduct Authority.