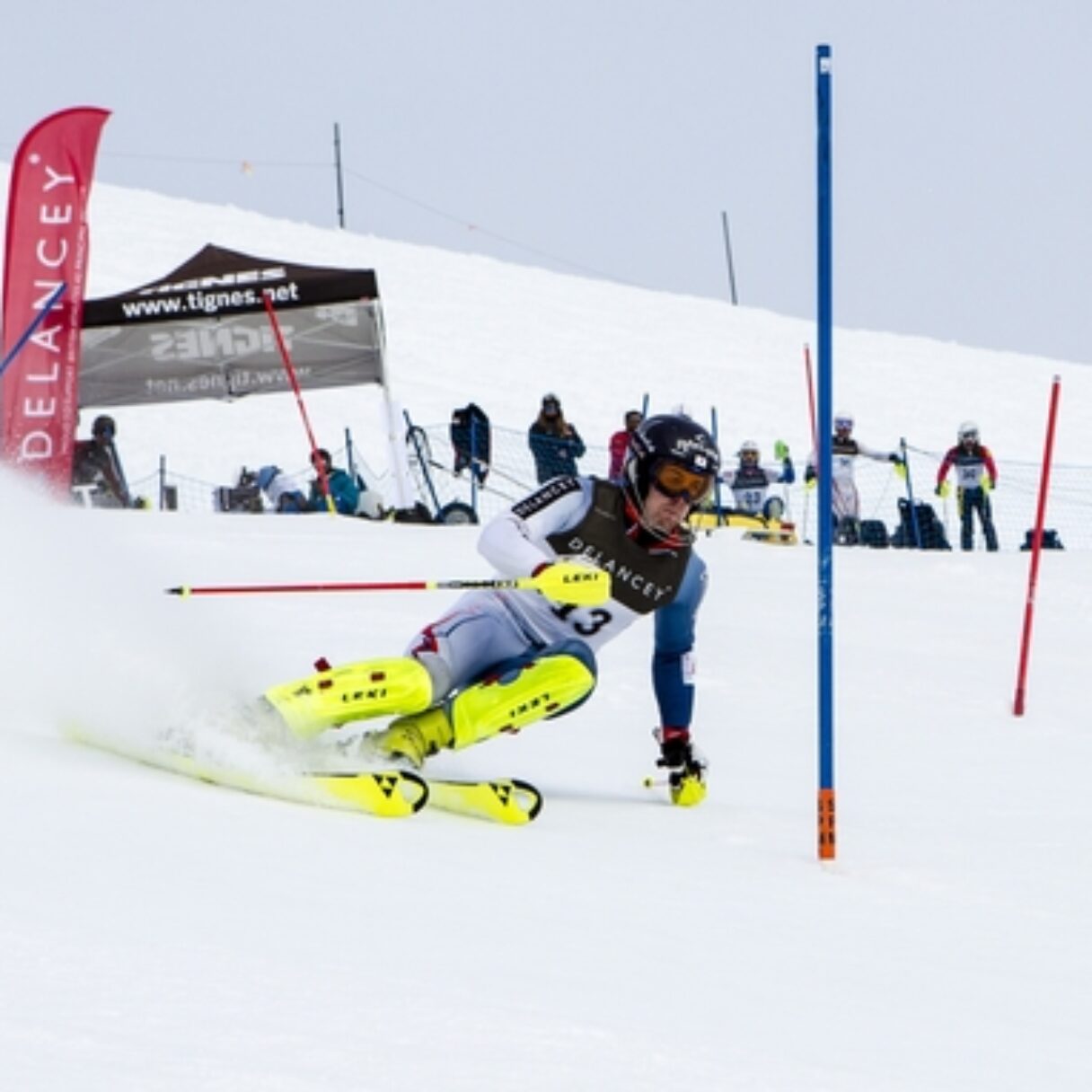 The Delancey British National Alpine Ski Championships will return to the French ski resort of Tignes next year, with the Senior and Children’s Championships running from Sunday 25th March to Friday 6th April 2018.

Returning for their fourth year to the Stade in Val Claret, Tignes, the biggest event on the British Alpine Calendar looks set to attract over 500 competitors across all the age groups racing for British Championship honours.

Running over the first week from 25th March – 1st April, the Senior and Junior Championships will feature the biggest names in British Alpine Skiing, just a matter of weeks after the PyeongChang 2018 Olympic Winter Games conclude. Expect to see the like of Dave Ryding, Alex Tilley, Charlie Guest, Laurie Taylor and Cara Brown going up against the rising stars of the sport in Downhill, Super G, GS and Slalom.

The thriving Delancey Children’s National Championships will follow the Senior and Junior Champs, running run from 2nd to 6th April and featuring young ski racers from the age categories of Under 10 up to Under 16s. The cream of young British talent in the Under 16 and 14 categories will tackle a Super G, GS, Slalom and Team Parallel Slalom, with the Under 12 and 10s taking on a GS, Slalom and Combi Race.

Jamie Ritblat, Chairman & CEO of Delancey, commented: “With the 2018 Winter Olympics on the horizon, the 2018 Delancey British National Alpine Ski Championships will provide the perfect opportunity to continue to follow the journey of our Olympic and best British athletes, as they pursue their international medal-winning ambition. We will also witness some of the best young talents in British snowsports during the Children’s Champs, in what is an exciting, fun week for our young athletes. We hope you can join us in Tignes to cheer them on and experience this annual world-class British Alpine event.”

Dave Edwards, Chief Executive of British Ski and Snowboard, said: “It is testament to Tignes and their commitment to putting on world-class events that we are back for a fourth year to run the Delancey British National Alpine Ski Championships. Each year the standard of skiing and racing seems to rise, and we don’t expect 2018 to be any different. We are also, once again, hugely grateful for the support of Sir John and Jamie Ritblat, and Delancey as principal sponsor of British Ski and Snowboard and the Championships.”

For all the information on the Delancey British National Alpine Ski Championships visit www.teambss.org.uk. You can also follow the Championships on Twitter via @TeamBSS