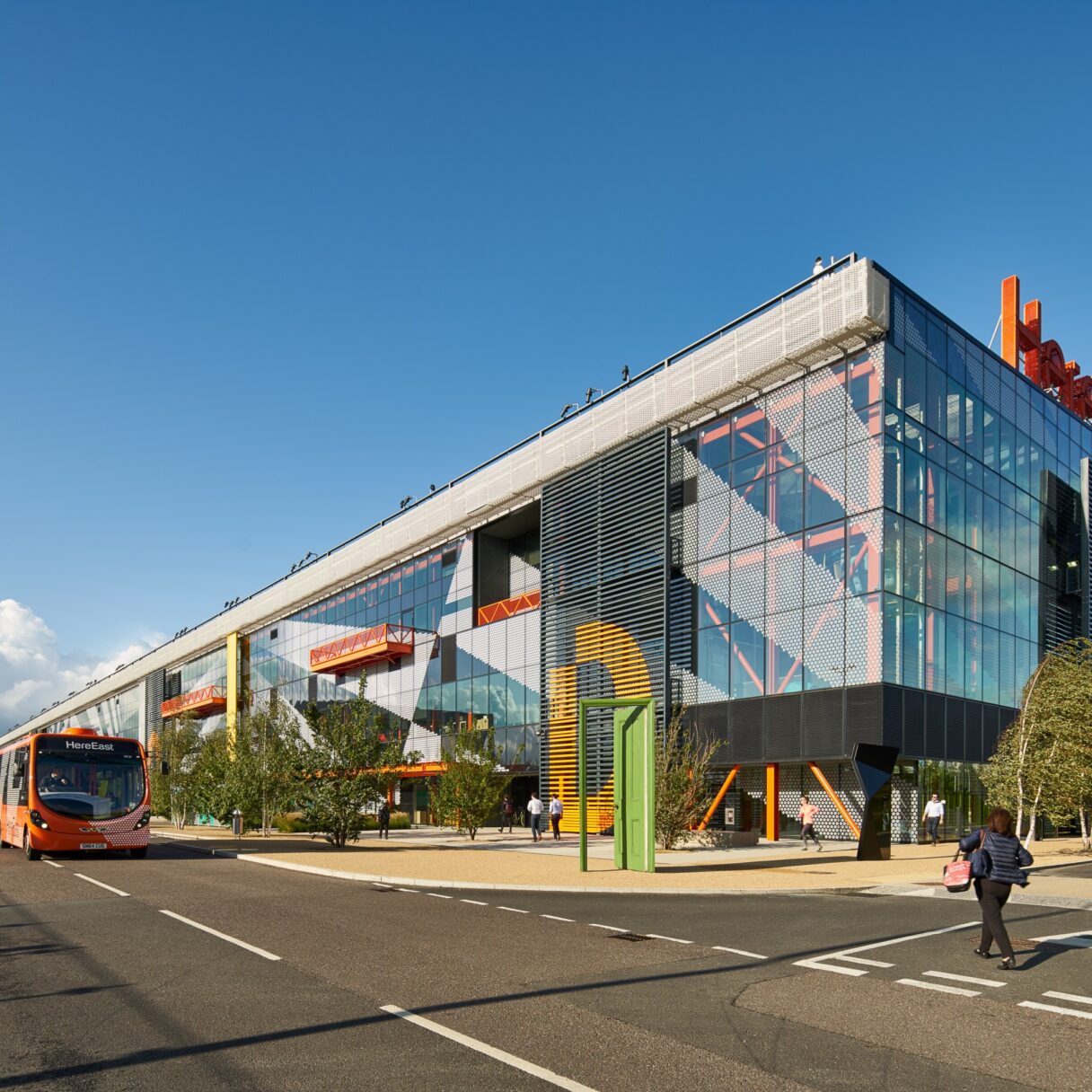 Sports Interactive has announced it will be moving into a new expanded office space at Here East, the tech and innovation campus at the heart of Queen Elizabeth Olympic Park.

The developer of the world-famous Football Manager series of video games moved its 100-strong workforce to Here East in 2018 to capitalise on the opportunities for collaboration and innovation offered at the tech and innovation campus. Since then, the team has expanded significantly and has now outgrown the 13,415 sq ft in Here East’s Broadcast Centre it currently occupies and will now be taking on 26,320 ft in the Press Centre.

For Sports Interactive, the past year has seen it expand significantly as it made more than 50 hires, with 30 more open roles at the studio currently advertised, alongside multiple apprenticeship style initiatives looking to employ some of the young unemployed in the local area, working with both Here East and some of their partners.

In 2020, the games and esports industries are two of the few existing sectors with large growth, with data showing a huge surge in revenues and playing time from March when lockdowns began.

Sports Interactive is part of the thriving esports and gaming community at Here East, alongside BT Sport, Bidstack, and Staffordshire University’s Digital Institute, which offers the UK’s first undergraduate degree in esports. Here East continues to retain a strong link to its sporting legacy and role as the Press and Broadcast Centre at the 2012 London Olympic Games.

Located in Queen Elizabeth Olympic Park, Delancey’s Here East is a 1.2 million sq ft tech and innovation campus. A catalyst for growth, it is home to over 4,500 academics and innovators, and is designed to foster collaboration, allowing its community to collaborate, scale and grow at pace. Tenants include Plexal (Here East’s innovation centre), Fiit.tv, Ford Smart Mobility, Studio Wayne McGregor, Matchesfashion, and The Trampery on the Gantry, which provides 21 studios for local artists and designers. There is a significant education presence with Loughborough University London, UCL, Staffordshire University’s Digital Institute and the Liverpool Media Academy.

Gavin Poole, CEO, Here East said: “Since joining Here East in 2018, Sports Interactive has become a highly valued member of our community, contributing significantly to our campus and becoming actively involved in the youth employment and education programmes we run. The studio has undergone a significant period of growth over the last year and we are thrilled to be able to accommodate its expanding team. Whilst the last year has been challenging for the commercial property sector, we are proud that at Here East we are able to offer expansive and flexible spaces and attract a growing number of business seeking a different type of space in this new world of work.”

Miles Jacobson, Studio Director, Sports Interactive said: “We’ve been incredibly lucky that during the global pandemic, our revenues haven’t dried up as some businesses have had to face. With all the extra time at home, people’s leisure time has changed, and games are a great value for money way to keep yourself entertained whilst, in many cases, also learning. This has meant that rather than standing still or shrinking, we’ve found ourselves being in the position of being able to accelerate our growth plans, with our team increasing to over 200 during this period.

Like many businesses, we also need to plan for a post pandemic future, and we believe that work will look different once we’re able to be back in offices. Our partners at Here East and Delancey have been really flexible in helping us realise our future dreams – not just providing more space to us when we need it, but also allowing our ambitious plans of a safe space that allows collaboration with those both in the building, and those hundreds or even thousands of miles away, as the future way of working will dictate.”

Paul Goswell, CEO, Delancey said: “We are delighted that Here East is able to support a successful company like Sports Interactive as it flourishes and grows. One of the many advantages of a development of the scale of Here East is that we are able to do that. Indeed the whole raison d’etre of Here East is to support its occupiers, through both our highly flexible accommodation offer and the diverse, collaborative and creative culture that we have embedded into the development’s ecosystem, built on a carefully curated occupier roster, the wellness related advantages of being located in the Queen Elizabeth Olympic Park and the countless events and other communal activities which we organise and facilitate for our occupiers and the local community.”