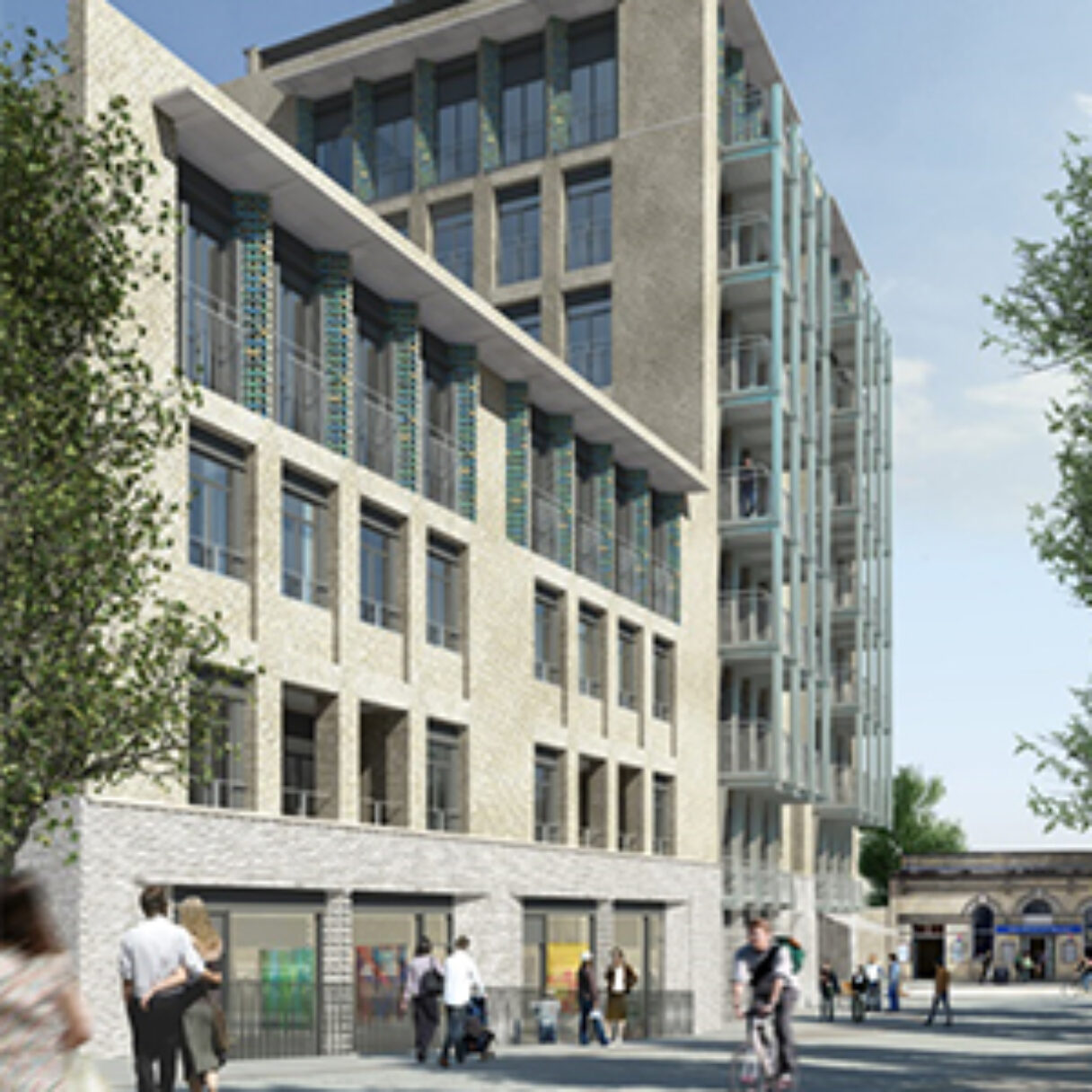 The Royal Borough of Kensington and Chelsea Planning Committee has approved plans for the redevelopment of 344-350 Old Brompton Road, a site that had lain derelict for many years.

The application from the Earls Court Development Company, designed by award winning architects Pilbrow & Partners was consented by majority decision in a virtual committee meeting on the evening of Thursday 29th April.

The application was recommended for approval by Planning Officers, who commended the application for achieving a ‘scheme of high architectural quality that, despite having to perform a dual function given its varying contexts, does well in terms of scale, massing and design to respond to these contexts and characters.’

344-350 Old Brompton Road will deliver 51 new homes for rent in Earls Court, of which 23 will be affordable homes – representing 35% affordable across the development, in addition to the seven undelivered units from the previous consent. Replacing the former Tournament pub, the source of numerous anti-social behaviour issues and demolished following an order from RBKC, its replacement with a new high-quality building will complete the missing building line along Eardley Crescent.

Rob Heasman, CEO of The Earls Court Development Company said: “We welcome the decision by RBKC to approve this sensitively designed scheme. Derelict sites are of no benefit to London, and our attention now turns to delivering these homes which are so acutely needed. This is a positive start and a clear sign of our commitment to bring forward homes and jobs in Earls Court. Our team has worked closely with the Royal Borough and local community and business groups to help shape the development. We are excited about getting to work to deliver this new building at 344-350 Old Brompton Road.”

Fred Pilbrow, Senior Founding Partner at Pilbrow & Partners said: “344-350 Old Brompton Road establishes a welcoming point of arrival from West Brompton Station. Architecturally, we have reinforced the character of the neighbouring conservation area with a well-scaled building that restores a traditional street frontage on Eardley Crescent in line with the existing crescent, and transitions in height to marry the historic and contemporary contexts of the site. The architecture learns from its characterful setting to provide a well scaled, detailed building using natural materials that will age well. The Eardley Crescent elevation reflects the architectural vocabulary of the street – fine buff brickwork with arches, railings to complement those of ist neighbours, and a clear delineation of base, body and attic. The opposite side, to the west, sits opposite West Brompton Station and is designed to create a clear point of arrival with active commercial or community use frontages to provide ground level activity and new employment opportunities. Designed to maximise natural light, with open views, high ceilings and dual-aspect apartments, the scheme delivers high quality homes benefitting from access to a landscaped rooftop garden for all residents along with private balconies to enjoy.”