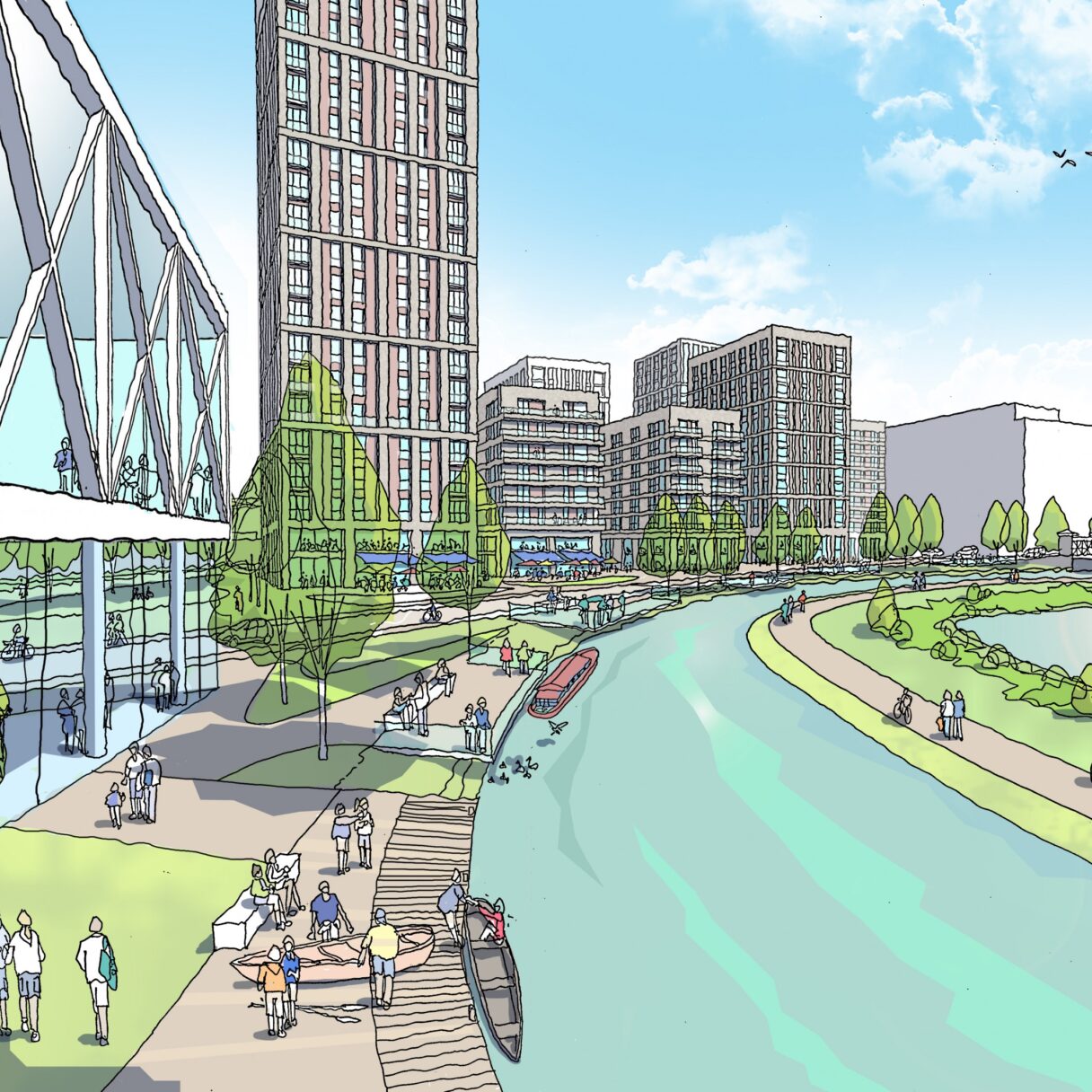 Get Living has revealed plans to invest up to £180m in 756 ‘build to rent’ homes in Leeds.

The development would create a thriving rental neighbourhood within a five-acre site on the South Bank of Leeds, which was acquired by Get Living in June 2017.

The Globe Road site has lapsed planning consent and Get Living intends to submit a detailed planning application for the site in July, with a view to work starting in 2019.

This is the first investment in Yorkshire for Get Living, the largest and most established operator in the UK’s ‘Build to Rent’ sector. The company already manages 2,000 homes in two London neighbourhoods, including at the former London 2012 Athletes’ Village, now known as East Village. Get Living has also submitted plans for a £200m, 727-home development in Glasgow city centre.

Rick de Blaby, Executive Deputy Chairman, Get Living said: “Leeds is clearly fulfilling its wider vision and ambition at many levels, the manifestations of which are most visible in the central business district. With the Council’s support through planning and other statutory approvals, we are looking to create a development with a difference that will benefit the city for the long-term by catering to the wide range of people who want to live and work in the area.

“We know from our own research that there is a demand for high quality and professionally-managed rental homes in safe, well-maintained neighbourhoods.

“This area to the south of the River Aire and the canal could be totally transformed with the introduction of modern, mid-market accommodation that offers comfortable, safe homes in an attractive waterfront location.”

The South Bank development would feature a co-working hub for tech businesses and start-ups, as well as landscaped green spaces. Get Living is also working with Canal and River Trust, to discuss how the scheme could open up access to the canal.

Mr de Blaby added: “We commit to our neighbourhoods for the long-term, building vibrant, safe and well-managed places to live. More than 3,000 people now rent from us in East Village and, since we launched in 2013, we’ve helped foster a strong sense of community by supporting independent retailers, funding grassroots clubs and hosting free events. We are committed to bringing this neighbourhood-focused approach to Leeds and playing a part in the future prosperity of the city.”

The South Bank area is one of the most significant regeneration opportunities in Europe, with the capacity for over 4,000 new homes and commercial development to create 35,000 new jobs.