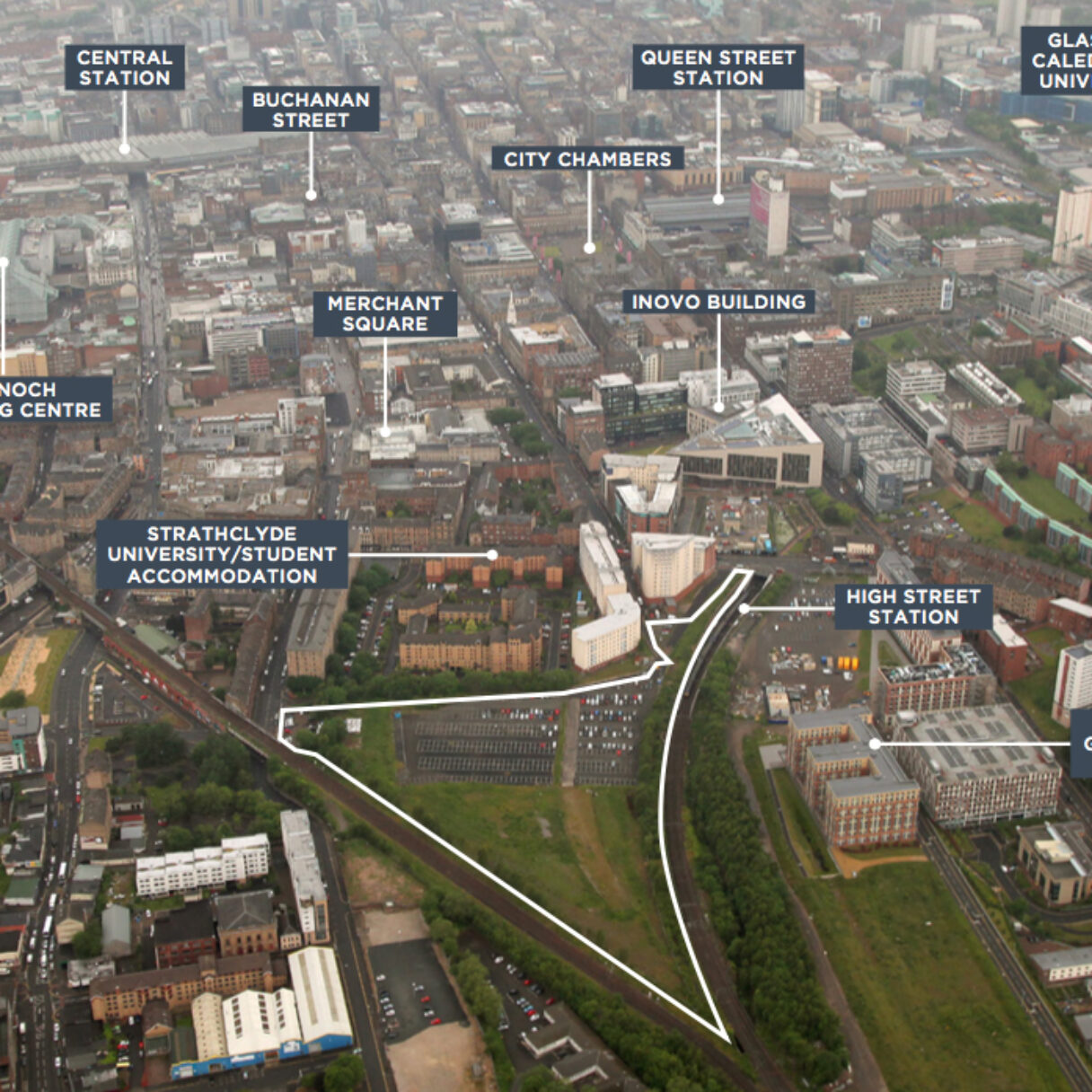 Get Living to launch its first site outside London, with Get Living Glasgow

Get Living, the UK’s leading large scale residential investor and owner operator of the former Athletes’ Village of the 2012 Games, has concluded the purchase of a 7.5-acre site in the heart of Glasgow’s fashionable Merchant City district. The deal was secured off-market from a private vendor, and is Get Living’s fi rst site outside London.

The Merchant City site has outline planning consent and Get Living hopes to bring a new residential neighbourhood comprising more than 600 homes for rent. Get Living will be carrying out detailed planning for the neighbourhood, aiming to start construction of the entire project, in a single phase, within 18 months.

Rick de Blaby, Deputy Chairman of Get Living, commented: “We have been busy over the past 4 years honing our operational know-how at East Village – the former Athletes’ Village of the London 2012 Games – where we hold 1,439 homes and will soon be opening our doors in Elephant & Castle, where we will be bringing 652 homes for rent. We have built a business and a Get Living brand that is scalable across a number of large sites across London and the wider UK; this is the fi rst of several important steps to realise our vision for ambitious growth. We are very excited and proud to be investing in Glasgow, a City steeped in a rich commercial, educational and cultural history and with an ambitious outlook to match our own.”

Neil Young, CEO of Get Living, added:“At Get Living, we’re already tangibly changing the way people experience their home, delivering new levels of quality and service in vibrant, well-connected neighbourhoods. There is an appetite for the high quality, professionally managed homes, fl exible service and safe, well-maintained environments that Get Living offers, not only in London, but across the UK. I’m looking forward to working with local stakeholders in bringing the Get Living offer to Glasgow.”

Councillor Frank McAveety, Leader of Glasgow City Council, said: “I am delighted with this news, another sign of the confi dence developers and investors have in the Merchant City and Collegelands as one of the UK’s most attractive investment destinations. The track record of the developers points to another attractive neighbourhood being created in Glasgow. This development aligns well with the council’s city centre residential strategy, and our wider plans for the city centre, and I look forward to seeing it progress.”