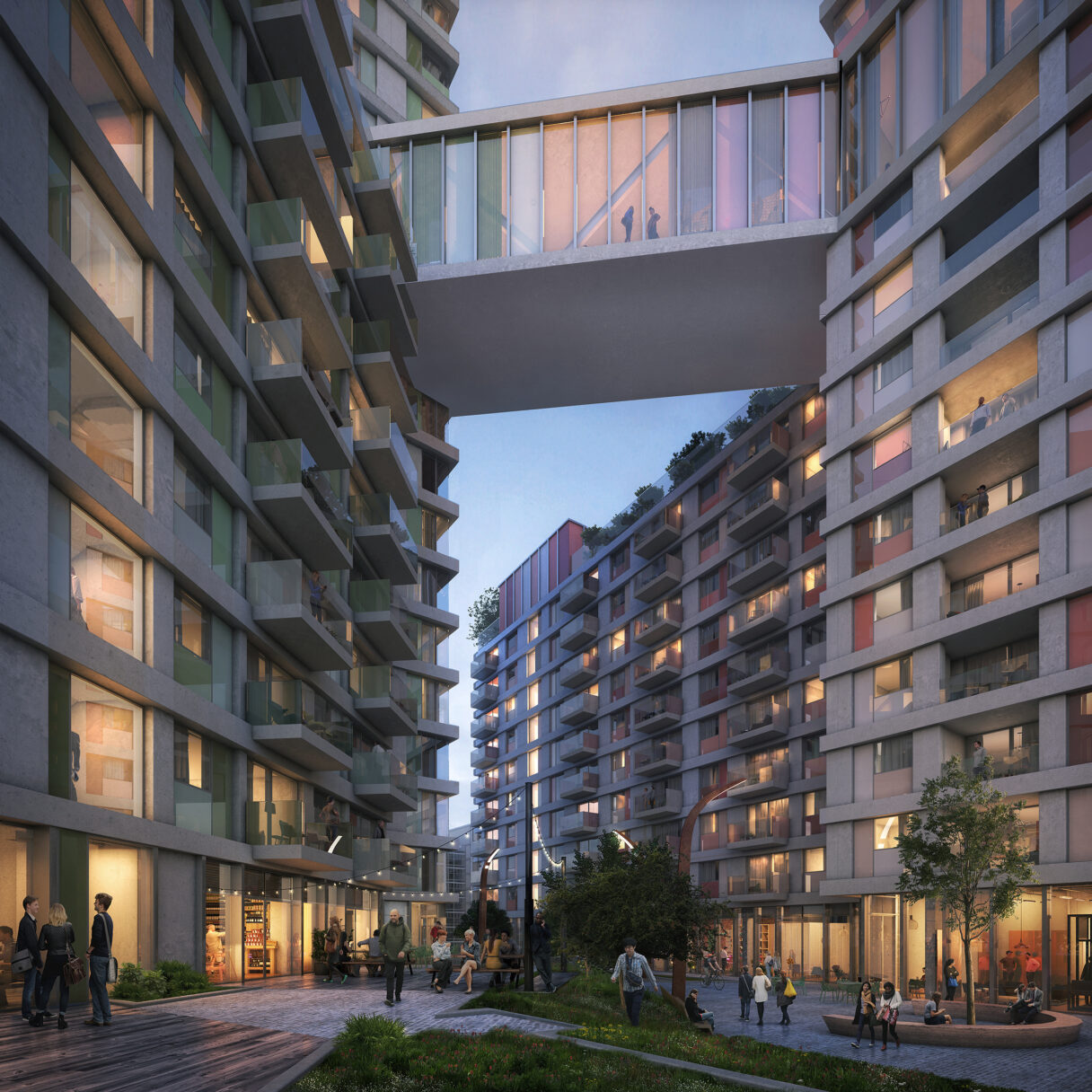 Get Living, the award-winning private rental operator, today announced that it has secured approval from the London Legacy Development Corporation (LLDC) for enhanced proposals for Plot N06, one of the remaining legacy development plots in the East Village neighbourhood, adjacent to Queen Elizabeth Olympic Park.

The successful application makes substantial improvements to the design and layout of the development, including a landscaped private courtyard, outdoor terraces, ‘Superlobby’ and amenity space for all residents, with flexible areas for socialising, relaxing and a concierge service.

To further enliven the area, new retail space has been introduced on the ground floor – in keeping with the existing independent retail offer at East Village – and a children’s play area will be created to add to the Village’s already excellent provision.

The new development will provide 524 new homes in East Village. The unit mix of studio apartments to family homes has been revised from the original plans based on the unrivalled experience and understanding of the professionally managed rental market that Get Living has garnered since launching in 2013.

Approval for the N06 plans increase Get Living’s London portfolio to nearly 4,000 units, comprising 2,100 homes currently under management and 482 units under construction. N06 will deliver 524, with a further 900 units with planning approved.

Neil Young, CEO, Get Living London said: “We are delighted that planning consent has been granted for the enhanced proposals. With initially 1,500 homes under our management since late 2013, Get Living has accumulated a keen understanding of the successful aspects of life in East Village. The Build to Rent market has developed parallels with the hospitality sector, with a focus on customer experience and amenity. The approved proposals respond to these learnings and trends, incorporating innovative designs to deliver an enhanced and additional offer at East Village.